Professor of Psychiatry and of Community and Family Medicine

William B. Weeks, MD, PhD, MBA, is Professor of Psychiatry and of Community and Family Medicine at The Geisel School of Medicine at Dartmouth. There, he works at The Dartmouth Institute for Health Policy and Clinical Practice as a Senior Research Scientist, where he teaches in several masters programs and conducts research on health economics, healthcare value, physician incomes, the complementary and alternative medicine market, and geographic variation in health services utilization in France. He is also Chair, Clinical and Health Services Research Program, at the Palmer Center for Chiropractic Research at Palmer College of Chiropractic in Davenport Iowa. There, he works on how doctors of chiropractic and other complementary and alternative medicine providers supply healthcare services, and how their patients use such services. Dr. Weeks has published over 150 peer-reviewed manuscripts examining economic and business aspects of rural veterans’ health care services utilization and delivery, physicians’ return on educational investment, and health care delivery science, including patient safety, quality improvement, Accountable Care Organizations, complementary and alternative medicine, geographic variation, and healthcare value.

Inaugural Lecture:February 25th at noon at the Fondation Iméra in Marseille.

Subject: Geographic variation in hospitalization use in France

Weeks WB, Jardin M, Paraponaris A. Characteristics and patterns of elective admissions to for-profit and not-for-profit hospitals in France in 2009 and 2010. Social Science and Medicine 2015. PMID: 25841095

Weeks WB, Venetlou B, Parponaris A. Rates of admission for ambulatory care sensitive conditions in France in 2009-2010: trends, geographic variation, costs, and an international comparison. European Journal of Health Economics (in press). PMID: 25951924. 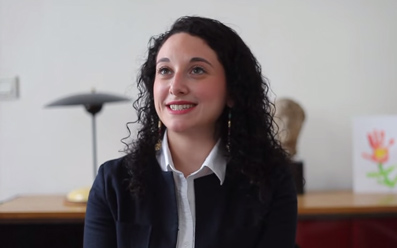 See all our programs