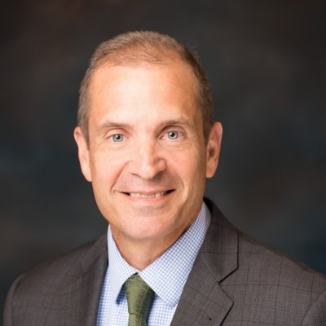 Fulbright France is delighted to welcome Minister Counselor for Public Affairs Mark TONER as the new co-president of its Board of Directors. He will serve in this position with Matthieu Peyraud, his counterpart from the French Ministry of Foreign Affairs, who was also recently appointed to the Board as co-president.

The Board of the Fulbright Commission is composed of twelve members. The French Ministry of Europe and Foreign Affairs appoints six French members. The U.S. Ambassador to France appoints six American citizens. If you want to know more about the members of the Board, please visit our dedicated webpage here. But first,  let's get to know Mark better.

Mark Toner's past professional experience before being appointed Minister Counselor for Public Affairs at the U.S. Embassy in Paris:

Mark Toner is a career diplomat and member of the Senior Foreign Service, at the rank of Minister Counselor. Most recently, he was the State Department Senior Advisor for the Commission on Security and Cooperation in Europe (aka Helsinki Commission). Mark also spent a year as a Senior Faculty Advisor at the Eisenhower School for National Security and Resource Strategy, a part of the National Defense University.

Mark was the Acting Spokesperson for the Department of State under Secretary of State Rex Tillerson. He has also served twice as the Department’s Deputy Spokesperson under two different Secretaries of State, John Kerry and Hillary Clinton. He was a Deputy Assistant Secretary in the Bureau of European and Eurasian Affairs, where he coordinated public diplomacy programs for Department's largest regional bureau, and in the Bureau of Public Affairs, where he oversaw all of the Department's front-line media engagement platforms.

Mark has served overseas at the U.S. Mission to NATO in Brussels, Belgium; the U.S. Consulate General in Krakow, Poland; and the U.S. Embassy in Dakar, Senegal. He has also worked in the State Department's Operations Center as a Senior Watch Officer and served as a staff member on the Senate Foreign Relations Committee.

Before joining the Foreign Service, Mark was a Peace Corps Volunteer in Liberia, West Africa.  He has an M.S. in National Resource Strategy from the Industrial College of the Armed Forces and a B.A. in English Literature from the University of Notre Dame. He speaks French and Polish.

Mark currently serves as Minister Counselor for Public Affairs at the U.S. Embassy in Paris, France.  He is responsible for coordinating the Embassy’s public messaging and outreach to French audiences. Mark oversees all media, cultural, exchange, and education programs for the Embassy and its five Consulates and American Presence Posts.

How does Mark Toner see the role of the Fulbright program in the specific context of the Franco-American relations?

Fulbright is unique in its focus not simply on academic exchange but on ensuring that Fulbrighter alumni become cultural ambassadors, creating long-term institutional and personal bonds between the U.S. and France.  Fulbright creates opportunities for international exchange and collaboration at all levels—from recent graduates to experts in their fields—and across all fields. The strength of the Franco-American relationship comes not only from our government-to-government relations but also from the vibrant exchange of people and ideas that enrich both our countries-- from musicians to entrepreneurs, painters to scientists, teachers to politicians. Fulbright is an integral part of this people-to-people exchange. Our goal through programs like Fulbright is to create bonds between our citizens and foster a better understanding of each other’s cultures. That is how we keep U.S.-France relations relevant and dynamic.

According to Mark Toner, what will the Commission’s main priorities in the 5 years to come be?

Fulbright France must adapt to the changing nature of international education. We must ensure that Fulbright France represents the diversity of our two nations, going beyond traditional partners and programs to engage the next generation of potential Fulbrighters. We should also seek to harness the experience and expertise of Fulbright alumni in shaping the future of Fulbright France. And at a time when there is increased competition for international exchange, we must find innovative ways to keep Fulbright France’s programs and outreach both competitive and in line with its core value of creating lasting bonds between our countries through exchange.

"Since its inception in 1946, Fulbright has been a recognized symbol not only of academic excellence but also of the power of individual exchanges to bolster bilateral relationships. I am committed to making sure Fulbright France remains true to our shared history of friendship and sacrifice, but also to making certain that the program selects future scholars who reflect the diversity, drive, and innovative spirit of our two great nations."